Janine Windolph, president of the Regina Indian Industrial School commemorative association, at a fence that marks the RIIS cemetery in Regina, Saskatchewan on Tuesday September 27, 2016. The RIIS cemetery was granted heritage status by Regina city council on Monday.MICHAEL BELL / THE CANADIAN PRESS

‘What needs to be happening;’ residential school cemetery gets heritage status

REGINA — Along a dusty gravel road on the edge of Regina is a small plot of land surrounded by a rail fence with peeling white paint, weathered teddy bears, flowers and a couple of dream catchers.

There’s just one headstone in the 680-square-metre cemetery for the two children of Rev. A.J. McLeod, the first principal of the Regina Indian Industrial School, belying that dozens of indigenous children from the school are buried there too.

“It’s easy to overlook the cemetery itself. Even when I first came out here, we drove right by,” said Janine Windolph, president of the Regina Indian Industrial School Commemorative Association.

“The site needs to take another step further in basically acknowledging the students that are here and how we can start making it more apparent that this is a scared site for gathering. That’ll all come in time.”

A big step came Sept. 26, when Regina city council voted unanimously to grant the site municipal heritage status. Civic administrators suggested the move after a 2014 land survey found there were potentially 22 to 40 unmarked graves of children in the cemetery.

Windolph said an archeologist for the association identified 36 anomalies, but she said there could be many more children because it was practice at the time to bury several together.

The Regina Indian Industrial School operated between 1891 and 1910. An unknown number of students died there.

Justice Murray Sinclair, who led the Truth and Reconciliation Commission, has estimated at least 6,000 children died at residential schools but it’s impossible to say with certainty.

The federal government stopped recording the deaths around 1920 after the chief medical officer at Indian Affairs suggested children were dying at an alarming rate.

Residential schools were often crowded, poorly ventilated and unsanitary. Children died from smallpox, measles, influenza and tuberculosis. Some were buried in unmarked graves in school cemeteries, while others were listed as “missing” or “discharged.” In some cases, parents never found out what happened.

Centre director Ry Moran said the designation in Regina “is just exactly what needs to be happening.”

“It means that one city in particular has really stepped up and honoured the children that are buried in that cemetery,” said Moran.

“And sadly, across this country, there are many, many, many other locations exactly like the one in Regina. So the fact that we’re seeing the city designate this site as a commemorative site, really I think can help encourage other cities and other jurisdictions to take a real hard look at this work that needs to happen across the country.”

He said the centre recently looked at the cemetery associated with the Cecilia Jeffrey Indian Residential School in Kenora, Ont.

“That’s a really good example of a site where we know there’s kids buried there, but it’s heavily overgrown,” said Moran.

“We know that there’s graves likely outside of the cemetery as well, and that’s just one of many examples of a cemetery that’s really been forgotten and a critical part of our history being ignored and disrespected, truthfully.”

The work is not done for Windolph. She would also like to see the Regina cemetery get provincial heritage designation.

She said it marks a pivotal point in history — the time where cultural and identity loss began.

“And so, in order to start our healing journey, we have to go back to that point where this happened. We have to make good out of our past and simply acknowledge it is the beginning of that journey.” 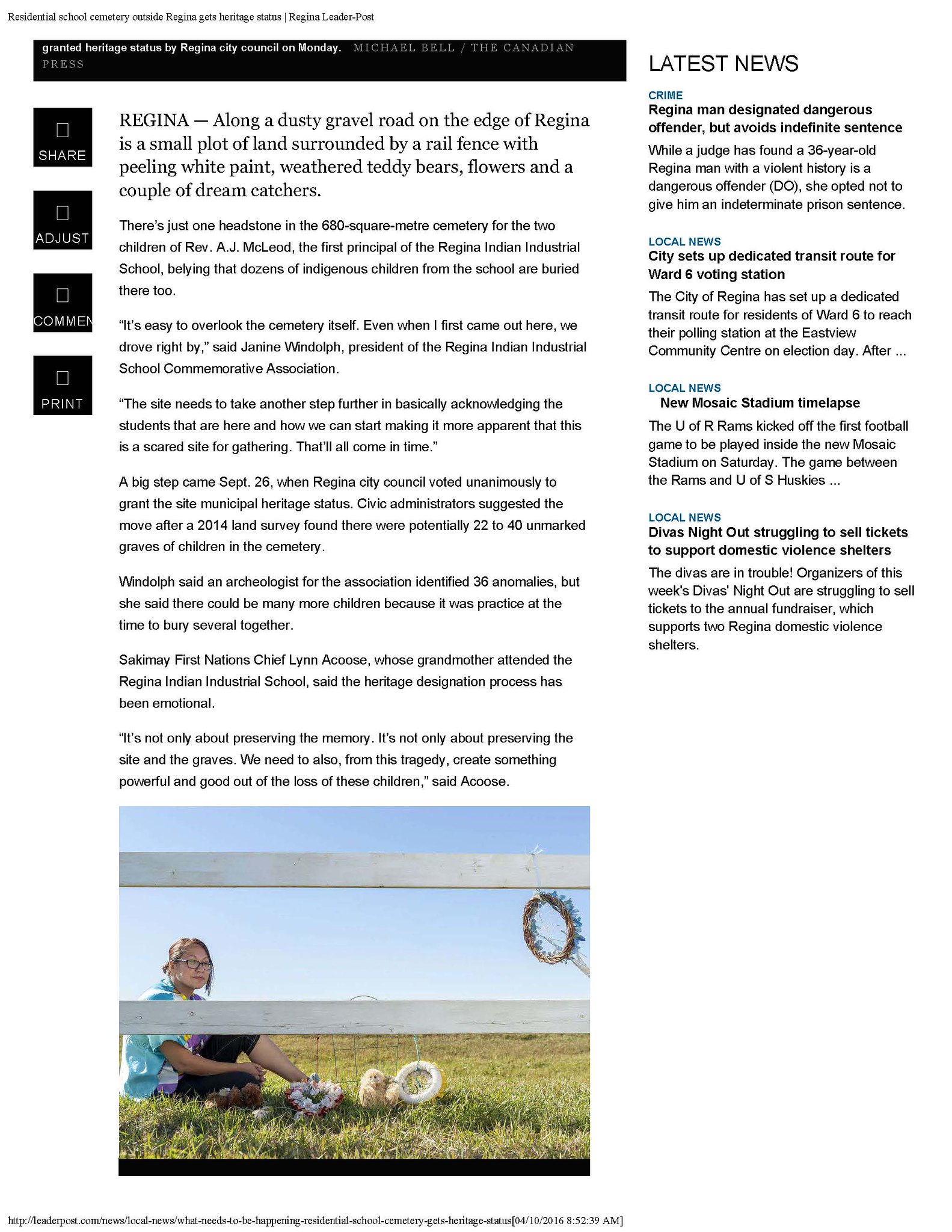 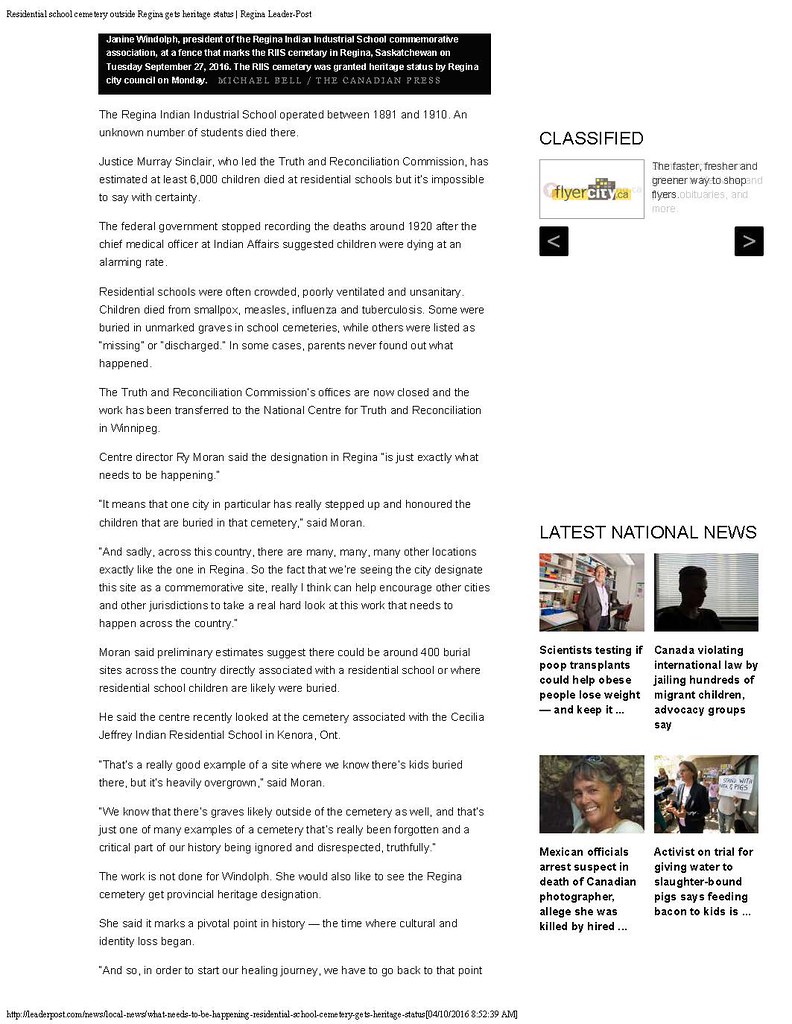