As part of Huron History Day: An Active History Pre-Conference for High School and First Year Students Krista McCracken from the Shingwauk Residential Schools Centre facilitated a workshop on Archives and the Truth and Reconciliation Commission. Participants left with information about Project of Heart and the suggestion that they take what they learned back to their own communities, families, and classrooms.  We look forward to seeing how their own Project of Heart projects develop in the coming months.

Ruby’s Story, written as a blog post by âpihtawikosisân discusses the experiences of a present day First Nations student in Grade 2 when she decided to focus on residential schools for a class assignment.

Ruby’s Story is an excellent example of why it is important to learn and talk openly about residential schools at all education levels.

The Ontario Institute for Studies in Education (OISE) at the University of Toronto recently released a list of teacher resources relating to the Truth and Reconciliation Commission of Canada.

The newly developed reconciliation resource list is divided into three sections: articles, reports, and education resources.  It includes background information on the TRC, cultural genocide information, youth voices on reconciliation, and suggestions of classroom activities. The bulk of the information is geared toward high school and upper elementary school grades.

The complete reconciliation resource list can be found by clicking here.

Cross-posted from the Project of Heart National Site.

Recently French Immersion students from Lisgar Collegiate in Ottawa teamed with Project of Heart for the first time thanks to Genevieve Durand, a teacher-candidate from the University of Ottawa.

Genevieve invited Inuk Indian Residential School survivor Ovilu Goo Doyle to talk to her students about her experiences. Another IRS Survivor, Helen Kakekaputum was also in attendance with her sister, Alice. Algonquin Elder Annie St. George conducted a smudging ceremony. As the social justice action, students learned about the First Nations Child and Family Caring society’s case before the Human Rights Tribunal and sent letters to the Prime Minister to ask that Canada lives up to our responsibility to care for First Nations children to the same extent that all other Canadian children are cared for, in health, education, and child welfare.

Here’s what Genevieve had to say, en Francais:

I decided to familiarize my students with the realities of First Nation communities. Too often forgotten by the history of our country and no doubt hidden for hundreds and hundreds of years. The First Nations have lived terrible events since colonization of their territories by Europeans. Treated as savages and perceived as children in the eyes of government, they were obligated to send their children to boarding schools in order to be “civilized”. What the children lived in these places full of hate was unimaginable. Today the truth needs to be revealed and as a teacher it is my duty to raise awareness of my students of this sad reality. Together we ca make the difference. Together we can heal the wounds left by the pains of the past. Project of Heart at Lisgar was an incredible success. My students have grown during this adventure. It’s now them who will make THE difference!

Project of Heart says “Meegwetch” to the French Immersion students at Lisgar Collegiate, and their teacher-candidate from Ottawa University, Genevieve Durand.

The​ Native Studies class at Lester B. Pearson Catholic High School in Ottawa again participated in the Project of Heart, decorating tiles to commemorate the Residential School victims and survivors. With the release of the Truth and Reconciliation Comission Report, this year’s class has been particularly focused on the legacy of the Residential School system, and along with the tiles wrote letters to the Federal Government encouraging action on a number of Aboriginal Issues. 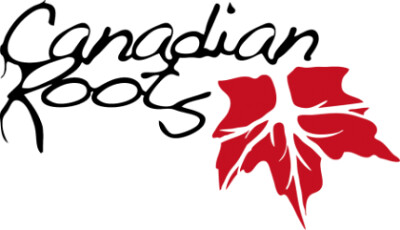 A youth to youth interactive forum exploring how to bridge the gap between Indigenous and non-Indigenous communities in Canada. Hosted with Children of the Earth High School in Winnipeg, approximately 300 youth from across the country are anticipated to take part. The target age is for youth between the ages of 15 and 29.

For more information about registration, or presentation opportunities, go to http://canadianroots.ca/national-conference

The events at at the Diocesan Centre in Ottawa on October 18th will go down as “making history” in Project of Heart’s diary.

For the first time at a Kairos Covenant Chain Link conference, youth took over the plenary and guided the delegates through a session given by Shannen’s Dream Team from the National Capital region. Seven area students​ spoke of their journey of activism, inspired by First Nation youth Shannen Koustachen of Attawapiskat. END_OF_DOCUMENT_TOKEN_TO_BE_REPLACED This was the the group’s first time participating in Project of Heart.  Each student selected which Residential School they wanted to learn more about and focused on that school for the Project. For their social justice action initiative they decided to  sign up with Shannen’s Dream and will support their campaigns.

As a gesture of reconciliation the class chose to do a tile commemoration.  They put magnets on the back of the tiles to make them stick to the chalk board. We placed in the form of an Inukshuk – as one of the most recognizable symbols of Inuit culture. Elder Shirley Horn is a Shingwauk second generation residential school survivor and graduate from the BFA program at Algoma University. When offered to join the Project of Heart, she jumped at the chance to participate. She saw in this project a chance to express herself in more abstract way, outside of words, which can oftentimes be difficult given the subject matter. The art piece has evolved through six incarnations with each one in Shirley’s mind, not quite right. “It’s too traditional, too literal.” She qualifies herself as an abstract artist and wanted to move away from the traditional iconography and forms such as canoes or wigwams. “We are a progressive and forward thinking people, we respect and pay homage to our past but we are also able to function in today’s world with an eye to the future.”

Shirley’s final design took the cylindrical form of the drum and abstracted it to the point where it now exhibits the form of a round billboard. “ Billboards reflect history, past and present, they proclaim, exclaim, and tell a story, much like our drums.” The material chosen for this piece is rusted steel because the weathering and rust conveys not only beauty but resilience through the passage of time. While not a welder, Shirley has contracted a local steel fabricating business with her design, a tall round steel framework into which transparent layers of plexiglass with artwork on them that will be inserted vertically into the four quadrants.

Each panel or quadrant tells the story about the residential schools graduating from the past and into the present. .  Additionally, the tiles will be seen within the artwork on the panels and throughout the room surrounding it. While they acknowledge the devastating effects of the legacy, Shirley, Shelly, and Zenith want to convey instead, a sense of growth, a bright future, and an affirmation that the children who did not make it home from the residential schools will always be remembered and that they did not die in vain.

The Shingwauk Residential Schools Centre at Algoma University is pleased to announce that it will be acting as the Ontario host for the Project of Heart.  We look forward to working with groups across Ontario on this important and meaningful project.

The SRSC is a cross-cultural research and educational development project of AU, CSAA, and NRSSS. The founders of these decades-long efforts were joined together by their recognition of the profound importance of the commitment to the Shingwauk Trust and the relationship with Canada’s Aboriginal Peoples that AU assumed upon its relocation in 1971, in partnership with the Keewatinung Anishnabek Institute, to the site of the former Shingwauk and Wawanosh Indian Residential Schools.

For over three decades the SRSC and its predecessors have partnered with many organizations including the Aboriginal Healing Foundation, the Anglican Church of Canada, the Dan Pine Healing Lodge, Nishnawbe-Aski Nation, and others to:

Ontario's home for Project of Heart