In honour of Aboriginal Day on June 21, 2015 and the Truth and Reconciliation Ceremony which took place on June 5, 2015 Shelby Croft’s grade four class from Langley, BC decorated hearts to put in the school’s garden. The hearts were decorated in memory of those who were affected by Indian residential schools.

The students had participated in several weeks of cultural lessons which ended with the history of residential schools. The students were very shocked and angry learning what happened to the students who attended those schools. It gave a brief glimpse into the lives of others. Some of the hearts were then sent off to Ontario for the Truth and Reconciliation closing ceremony to be placed along with 1000 heart flowers from across the country. 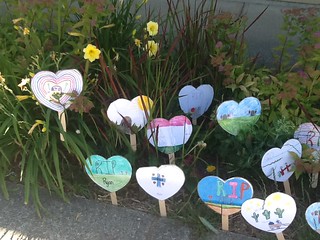 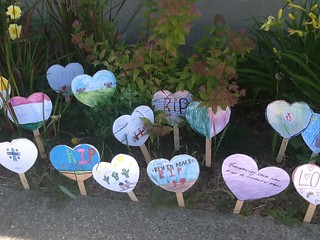 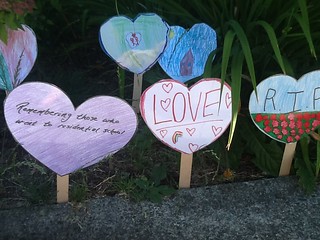 Several classes from Byrne Creek Secondary honoured survivors and those children lost to residential schools by creating a heart garden in their memory. Many students from across the country participated in creating heart flowers and sent them for the closing ceremony where the final report for the Truth and Reconciliation was delivered. Over 1,000 heart flowers were planted at Rideau Hall in Ottawa. 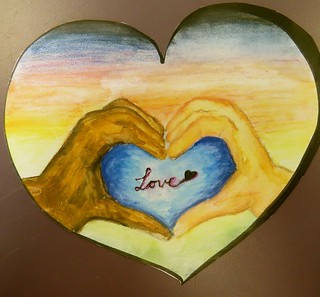 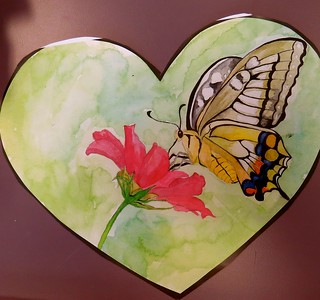